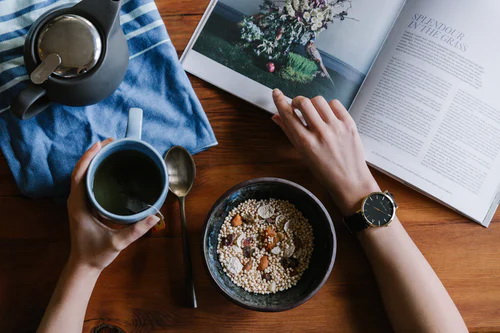 The stinging nettle (which is called ortie in France and Brennessel in Germany) was said to be introduced into Britain by Caesar’s soldiers. They sowed it along the sides of the great straight roads; both the roads and the nettles survive. At the end of a day’s march the cooler climate of England and the weary miles made their legs ache. They would gather the nettles and beat each other with them so warming the affected parts. Really an embrocate for the strong.

Culpeper says wittily that they may be found by feeling on the darkest night! He tells us that the juice with honey is a safe and sure medicine to open the pipes and passages of the lungs.

Today the herbal practitioner has found many uses for the humble nettle. The extract with alcohol is a stimulating hair tonic. Urtication, or beating with nettles, is sometimes used as a counter irritant for rheumatic sufferers. It is given to lessen bleeding in the mouth, in the form of a juice, and the juice will apparently greatly relieve painful piles or haemorrhoids if taken a tablespoonful (l5ml) at a time, three times a day.

The active constituents are many and include 5-hydroxytryptamine, histamine, formic acid and gallic acid, plus much readily assimilable iron. Research by Drs Herrmann and Neumann established that an increased metabolic rate took place over a period which lasted from the sixth to the twenty-second hour after taking a glassful. They said that this was very helpful when used in conjunction with therapies for removing -toxins from the blood, and for rheumatism.

For the same reason, nettle juice is a good addition to any iron therapy for anemia. It helps control diarrhea and is at the same time a diuretic which aids the elimination of uric acid. It is powerful so is usually taken a wineglassful at a time. The part of the plant to pick is the top leaves; you may wear gloves or ‘Grasp it like a man of mettle and it soft as silk remains.’

Is Natural Breast Enhancement Pill, a Great Alternative for Surgery?

Can’t Get Enough on Insomnia

A Natural Approach To Managing Acne