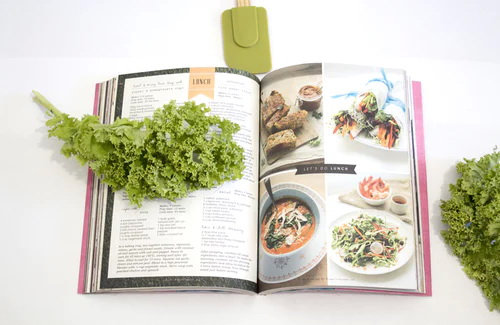 I was present the first time my two best friends tried cocaine. They encouraged me to participate in their experimentation – I refused – but quietly observed their reactions to the drugs supposed “euphoric” effects. The following weekend, the same scenario presented itself; again, I refused and noticed how eager they were to partake in the drug again. Something about their level of anxiousness was unsettling; almost as if they were being driven to the drug by strange, unseen forces beyond their control. Control? Oh, yes, of course my friends proclaimed that they were in complete control of the drug – they would never become addicted!

With each passing weekend, my friends appeared to be increasingly eager to begin the night earlier and stay out later. I began to notice how much money they were expending to acquire the drugs and the increased level of alcohol consumption that appeared to compliment their cocaine habit – yes – a habit was forming. Of course, I tried to bring my observations to their attention, but my pleas were met with strong resistance. “I am in control!” they proclaimed. It was clear to me (observing from outside their cocaine-hazed weekends), that they were losing control rapidly.

The level of desire or craving my buddies had to obtain and consume cocaine was somewhat analogous to a small child desiring a piece of candy or a cookie – they just couldn’t wait to get their hands on the cocaine. Their “only on the weekends” credo was somehow abandoned along the way. Now, weeknights seemed suitable for a little cocaine binge. Again, I tried to convince them of their rapidly-forming cocaine addiction and once again, I was met with even stronger resistance. “I didn’t know what I was talking about,” they proclaimed. ‘Strange,’ I thought to myself, as I was not the one throwing, hundreds of dollars and thousands of brain cells down the drain every few days. What used to be fun social times spent together with my friends, had diminished to waiting by myself in a car, while they went into their suppliers house to buy their drugs. Needless to say, that wasn’t my idea of enjoyment. It seemed as if their entire demeanor and priorities had changed; my friends were being transformed from intelligent, respectable and responsible individuals, into tunnel-visioned maniacs who cared about nothing other than the “high” they would derive from the next line of cocaine. It was clear at this point that they had serious cocaine abuse issues and helping them was beyond my control or abilities.

During the course of the next 18 months; one of my buddies, proceeded to spend every dime he had on cocaine use. He literally spent tens of thousands of dollars on the drug and sold most possessions he had to supplement his cocaine habit. We no longer rode mountain bikes or worked on our race car projects after work or on the weekends; rather, I could find him sleeping in a dark-cave-of-a-room in the middle of a beautiful day – having been up for two days straight doing cocaine and drinking, I suppose it was lucky he was just sleeping and not dead. He also lost his relationship during this course of time. He was really struggling, yet he still had enough perceptive ability remaining to allow him to try and rally above cocaine’s evil grip. At this time, he had the good fortune to be found by a beautiful woman, where he found inspiration and hope. They were married and now have children. To this day, he still struggles with the cocaine addiction days of yore. And, although he doesn’t consume the drug any longer – he tells me the craving remains – like a bad dream.

My other friend, a third degree black belt in martial arts and weight lifting partner of 10 years, no longer showed-up at the gym or at his karate master’s dojo. He now lied to everyone he knew, family, finance and friends. He had also wasted thousands of dollars on cocaine and alcohol. He too, lost his relationship and self-respect. I suppose he finally hit rock-bottom one day when he called me in tears, proclaiming, “I need help.” Shortly after that, he distanced himself from both myself and any remaining friends he had. We haven’t spoken in 5 years now – I hope he found himself. Unfortunately, our friendship appears to be forever lost.

I felt compelled to share this story with anyone who has ever considered experimenting with cocaine. Let this story serve as warning and as confirmation that the words, “I can control it,” couldn’t be further from the truth. Cocaine use destroys relationships, jobs and lives. Don’t be fooled by those who try to convince you otherwise! Cocaine is a powerful and dangerous drug. Maybe you can save yourself from going through the living hell my best friends experienced by simply doing what I did – just say ‘No!’