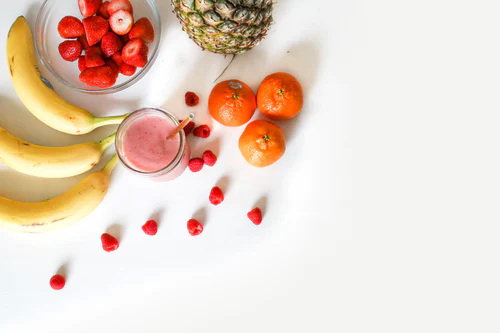 Bodybuilders usually have one or two immediate goals: They want to lose bodyfat and get ripped, or they want to pack on muscle size. The Holy Grail would be to accomplish both, but that’s hardly realistic, since it involves going in two opposing directions at the same time. The most you can hope for is to maintain your muscle while you’re losing fat. Building muscular bulk is an entirely different process from cutting up.

In years past the diet portion of acquiring muscle could best be described as haphazard. You simply ate anything that wasn’t nailed down. That, of course, resulted in not just lean mass gains but also a hefty increase in bodyfat. The next step involved reducing calories or carbs or both until you lost the excess fat. Under ideal conditions you also kept most of the muscle gained during your bulking-up phase.

For a classic example of the comparatively primitive bulk-up/cut-down process take a look at Bruce Randall, who began his bulking phase while he was in the U.S. Marine Corps in the early 1950s. He consumed prodigious amounts of food (courtesy of Uncle Sam) including dozens of eggs, quarts of whole milk and plenty of bread. That diet led Randall to a body-weight of more than 400 pounds, but he wasn’t just another fat, sloppy guy. He lifted actively during his entire hulking period, doing some extraordinary lifts, such as good mornings with 900 pounds.

I recall being told a story about the time Randall visited a New York gym for a workout during those days. He opted to do incline presses but for some reason decided to move the bench, which he did. Only after he moved the bench from one end of the gym to the other did Randall realize that the bench had been bolted to the floor. He was so powerful that he ripped the bench from its moorings without realizing it.

Randall later began training for bodybuilding competitions and, through a stringent diet and training program, dropped his weight from 405 to 187. He then increased it to 227 and won the ’59 NABBA Mr. Universe title in London. His trophy was presented to him at the contest by buxom film star Jayne Mansfield.

A more recent example of a successful hulking program was that of two-time Mr. Universe and star of the “Incredible Hulk” TV series, Lou Ferrigno. When Lou started back in Brooklyn he was skinny, though a enthusiastic young bodybuilder. After a few years of training Ferrigno weighing nearly 300 pounds. What had he done to achieve such phenomenal mass gains?

“Plenty of milk and food,” he said.

And therein lies the key to success in gaining muscular size. You simply have to eat more. These days the object is not to gain just any type of weight, but to ensure that what you gain is mainly muscle. The problem is, you must still increase your calories. There’s simply no way around that, regardless of what you hear or read.

That last statement must be qualified to a certain extent. Using certain anabolic drugs, including anabolic steroids, growth hormone and insulin, among others, can indeed increase muscle size, but even with their assistance, you still need to eat and train properly to build quality muscle. In fact, emerging research shows that you can manipulate your body’s anabolic hormones by making certain adjustments in your diet and supplement regimen. That way you fine-tune your gains so they’re mostly lean mass rather than a combination of muscle and too much fat.

One common question about gaining muscle is, How much can I realistically expect to gain? The amount of lean mass gains varies among individuals due to such factors as genetics, body structure and training intensity. Those who are blessed with a combination of naturally high androgen, or testosterone, levels and a high percentage of fast-twitch muscle fibers will make the most rapid initial gains, but even those who have less of a genetic head start will nonetheless make impressive gains by eating properly and training hard. A bodybuilding axiom holds that you make your best ever gains when you first begin training, simply because your body isn’t used to it and responds rapidly to the added stress of exercise. As you progress to the advanced level, adding muscle each year becomes increasingly difficult regardless of genetics.

1 cup broccoli or other vegetable

What to Eat for Mass

Regardless of genetic predispositions, you’ll need a positive energy balance to increase your muscular bulk. That simply means you must

eat more food than you burn. The effect is so potent that eating an unusual amount of food alone can add lean mass even without exercise, although that isn’t a recommended procedure. Studies involving human subjects who overate but didn’t exercise showed some surprising changes in body composition. The subjects all showed significant increases in lean mass.

The gains were the result of the body’s adjustments to the unaccustomed levels of food. The body compensated by increasing the levels of anabolic hormones, including growth hormone, testosterone, insulin and insulin like growth factor 1 (IGF-1), which led to the subjects’ building more muscle, a.k.a. lean mass.

Eating all those calories also blunted the levels of the primary catabolic hormone in the body, cortisol. High levels of cortisol promote the catabolism, or breakdown, of muscle. Cortisol is secreted mainly under high-stress conditions; hence its designation as a stress hormone. But the stress conditions that promote cortisol release more often involve an energy-deficit condition, such as a lack of sufficient calories or carbs. So overeating itself is an anabolic process.

The point here is not to suggest that you must overeat to gain muscle size but that you do have to up your calories because it promotes the secretion of anabolic hormones that will work in tandem with exercise to produce lean mass gains.

A vital consideration in any hulking plan is protein. While it’s true that providing additional calories in the form of carbohydrates alone has a protein-sparing action in muscle, maintaining a high level of amino acids from food-protein sources promotes a positive nitrogen balance that sets the stage for muscular gains through increased muscle protein synthesis reactions in muscle. Some call the process the ‘anabolic-drive effect.”

“Correct Your Acid / Alkaline Balance with the Water You Drink: What the Experts Say”

Exercise: The Key to Healthy Skin

Light up your mood and senses with aromatherapy candles